Kimchi, if you didn’t already know, is a traditional Korean dish that I can best describe as ‘fermented cabbage’. Fermented cabbage probably isn’t selling it for you? Think of it as more of a pickle. A pickle that is spicy, sour, both salty and sweet. It was love at first taste for me! Not everyone feels the same though, even Koreans are divided. I just Googled a few things around kimchi and laughed aloud at an outtake from a Guardian piece, “to me, it tastes like leftovers that have been in the fridge too long”. I know, I’ve really sold it to you now. If you haven’t tried it yet, I still recommend you do (just maybe keep an open mind). 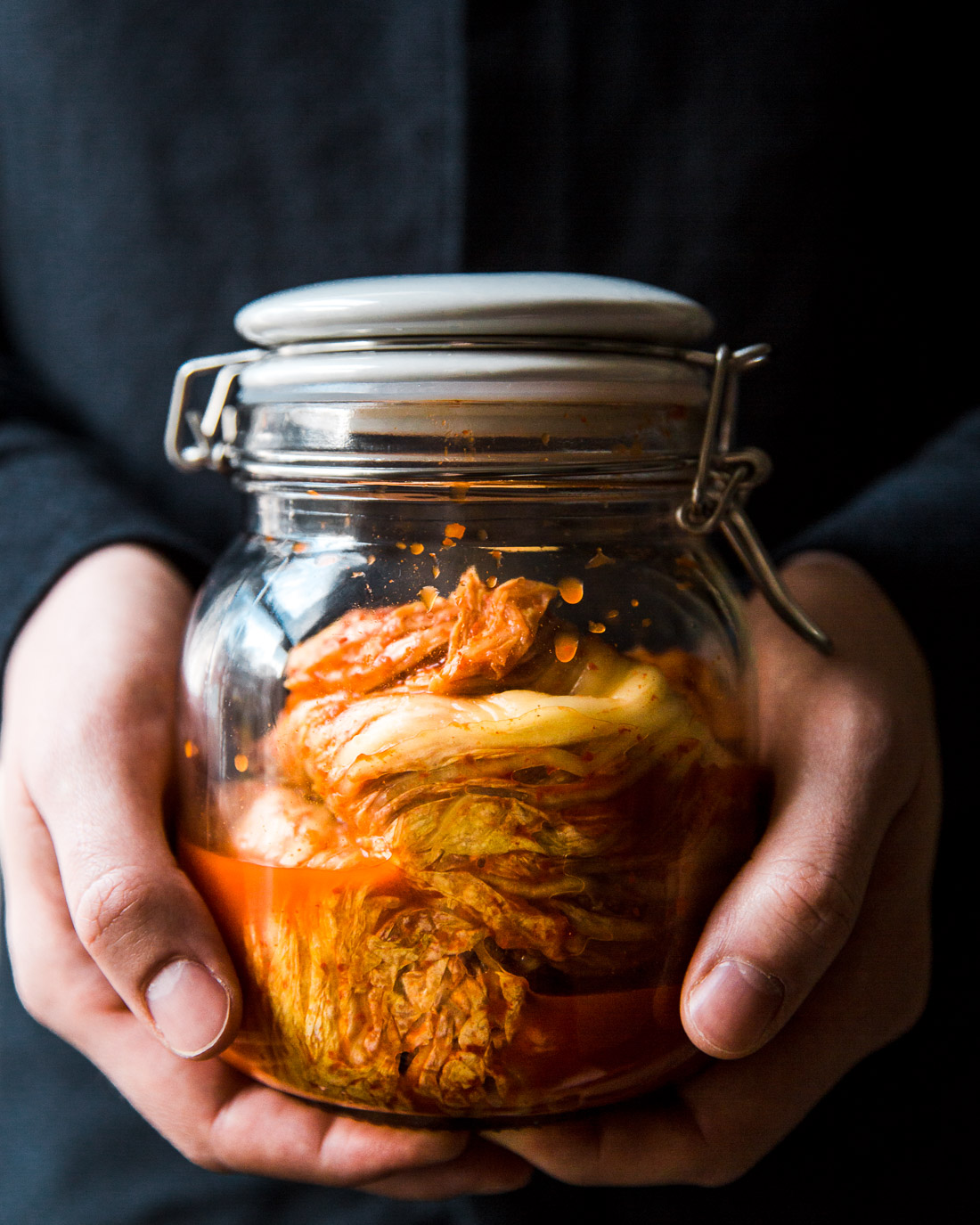 Without a doubt, kimchi is having a moment in food right now, alongside other fermented foods that are becoming increasingly popular. While I don’t profess to be qualified on nutrition of any kind, I know kimchi is full of probiotics (good bacteria), Lactobacillus, which serves as an aid for our digestive tracts and immune system. There are countless studies you can read up on for the health benefits of kimchi, if that kind of thing is of interest. Here’s a podcast from the BBC on the Art of Fermentation to get you started. 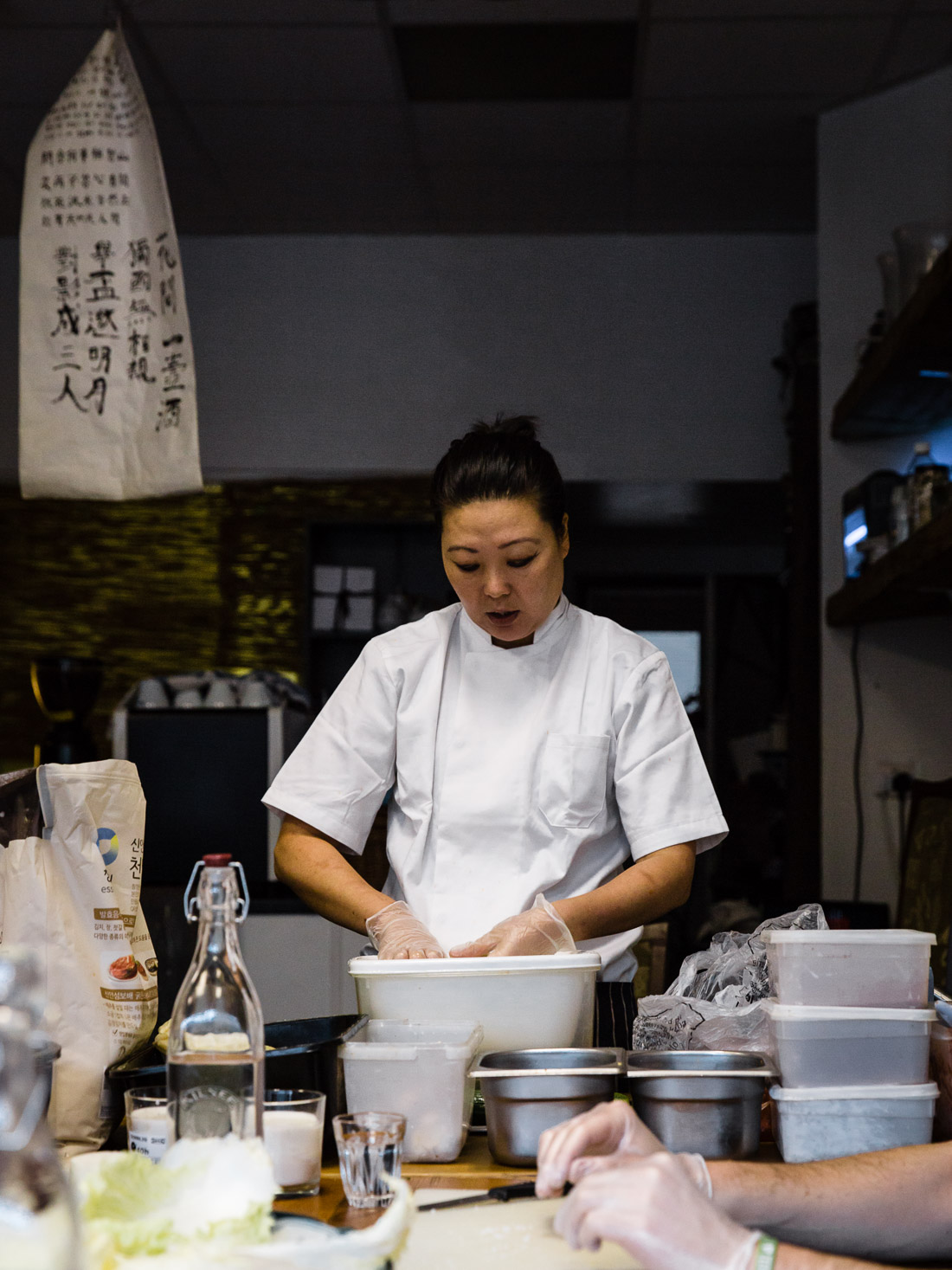 Anyway, I want to get into what I learned in practice with Wizzy at a recent class. Wizzy is a chef at a Bristol-based restaurant, Sky Kong Kong, where she serves delicious food inspired by traditional Korean home cooking. A menu that changes daily and always wonderful, check out their Twitter to get a feel for the food you might be missing out on.

It’s worth noting I have tried making kimchi at home before, using different recipes with varying degrees of success. There was one occasion of a kimchi explosion but we won’t talk about that! The closest I had found to the real deal was a recipe in a book called ‘Our Korean Kitchen’, definitely worth a purchase if you want to learn more about Korean home cooking. But, I think you can read around, find and try lots of recipes but for me, I just find so much value in a physical workshop. Kimchi really is an art to be mastered and I knew I’d walk away with a new fountain of knowledge from Wizzy as well.

I’ll insert the recipe below but take my word, the recipe is just the beginning! 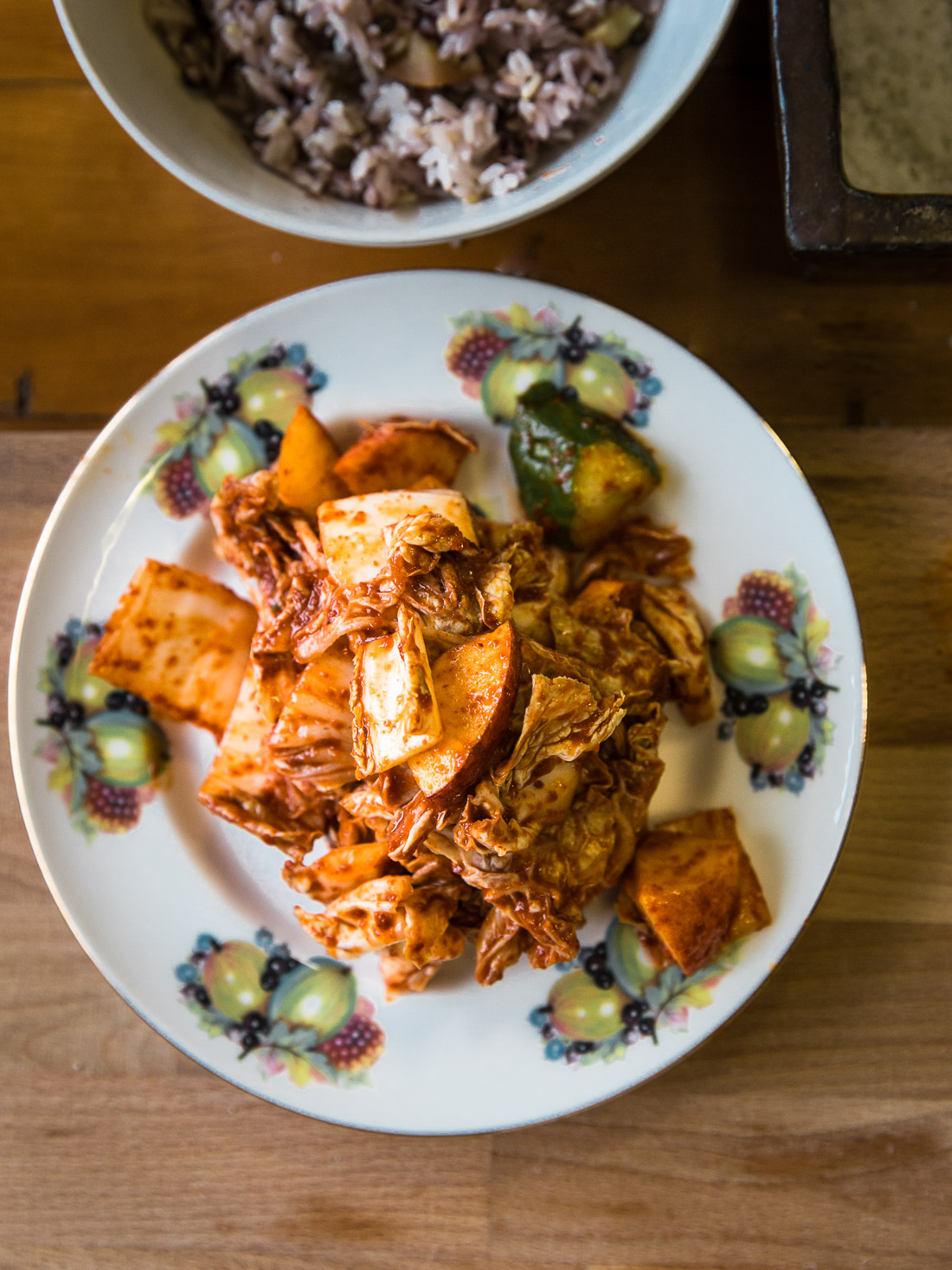 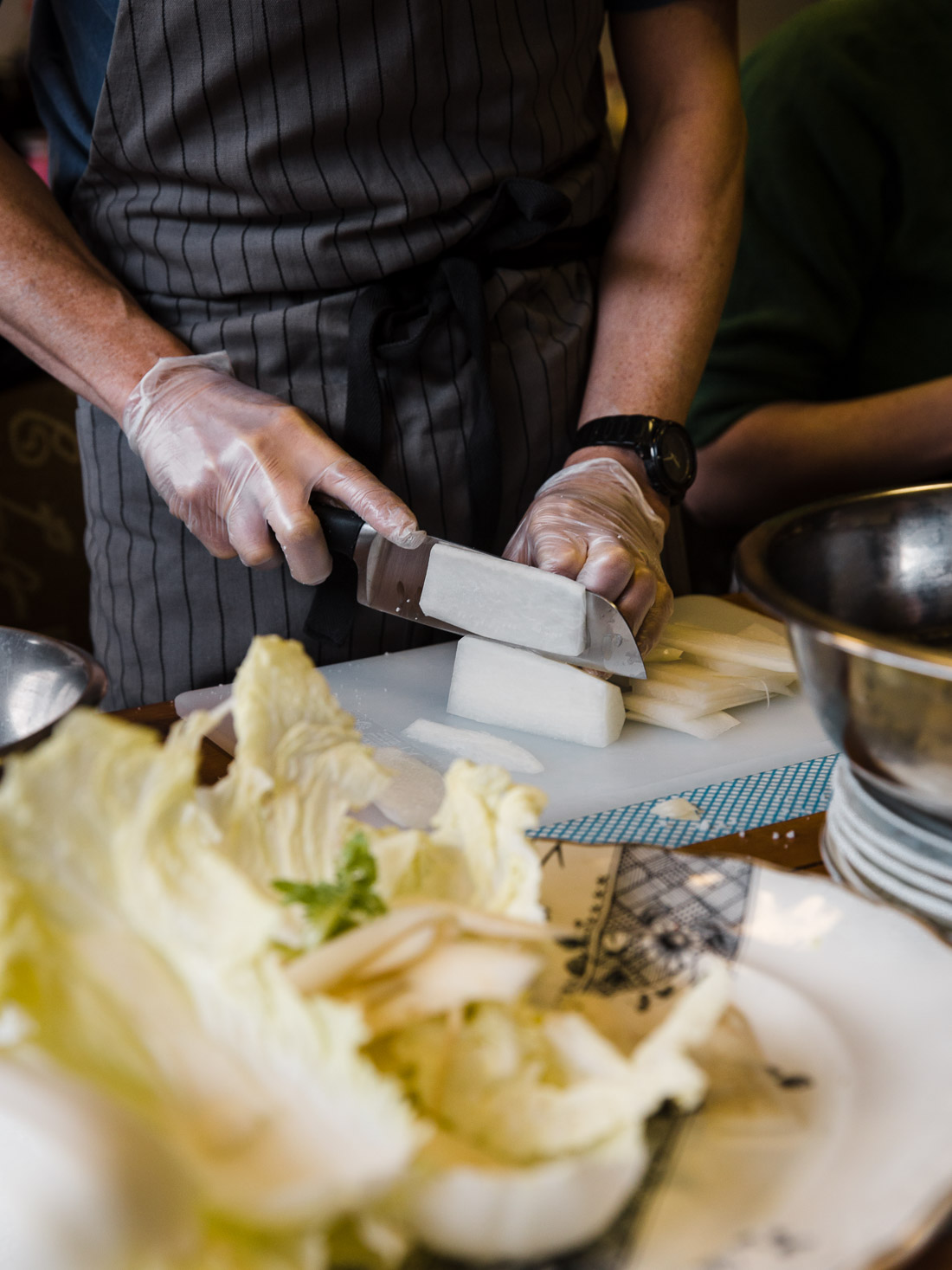 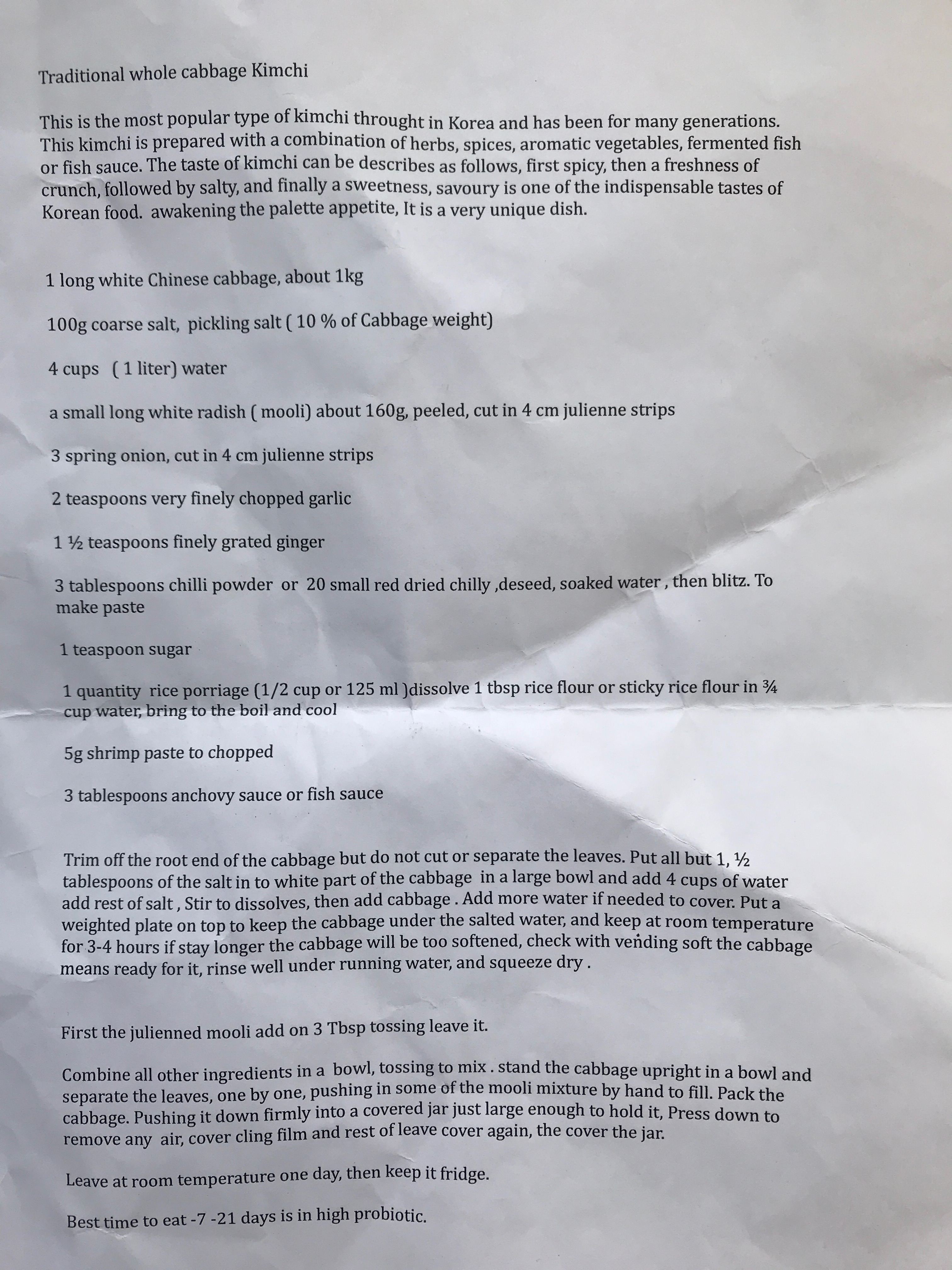 Notes on the kimchi recipe

What I learned from Wizzy

What I learned myself so far

I still have a jar of kimchi in the fridge from my class. There are so many different ways of cooking with it and Korean households commonly eat it every single day! As a complimentary side dish, on grilled cheese sandwiches and kimchi fried rice are some of my own favourite ways of using it. Do you cook with kimchi? Would love to learn new ways of using it in dishes. I’ll be back with another kimchi post for ideas on just that. I hope you learned something new here in the meantime.