The seasons haven’t quite turned yet, such a drag now. Thank heavens for an appearance of forced rhubarb! It always stands out at the greengrocer, I can see it a mile off. Always find myself a little bit mesmerised by the neon pink ombre of this ‘fruit’ – which I say in inverted commas because it is actually a vegetable. I can only think of rhubarb as the fruit, too many fond memories of crumble.

So, how do you rhubarb? I do like mine in a crumble, I mean…who doesn’t? But I do also like to rely on it at this time of year for perking up my breakfast options. Let’s opt for a porridge this time. Quite an indulgent one with the addition of honeycomb, I hope you don’t mind. I love love LOVE honeycomb in porridge, it melts a little into the hot oats, some pieces dissolving back to its syrupy state. It’s warm and comforting as all porridge should be.

I’m loving the enthusiasm around porridge recently, I had it pinned as a drab peasants brekkie up until it started soaring in popularity again. There’s no denying Instagram is definitely playing a big role in that! All of the photo-worthy porridge bowls are often five toppings minimum, which I’m all for when the occasion calls. This is just the two toppings, rhubarb and honeycomb. I don’t think it needs anything else. Completely delicious as it is. It’s something you can prep in advance too, the rhubarb will keep in the fridge for a couple of days and the honeycomb just as well in an airtight container. 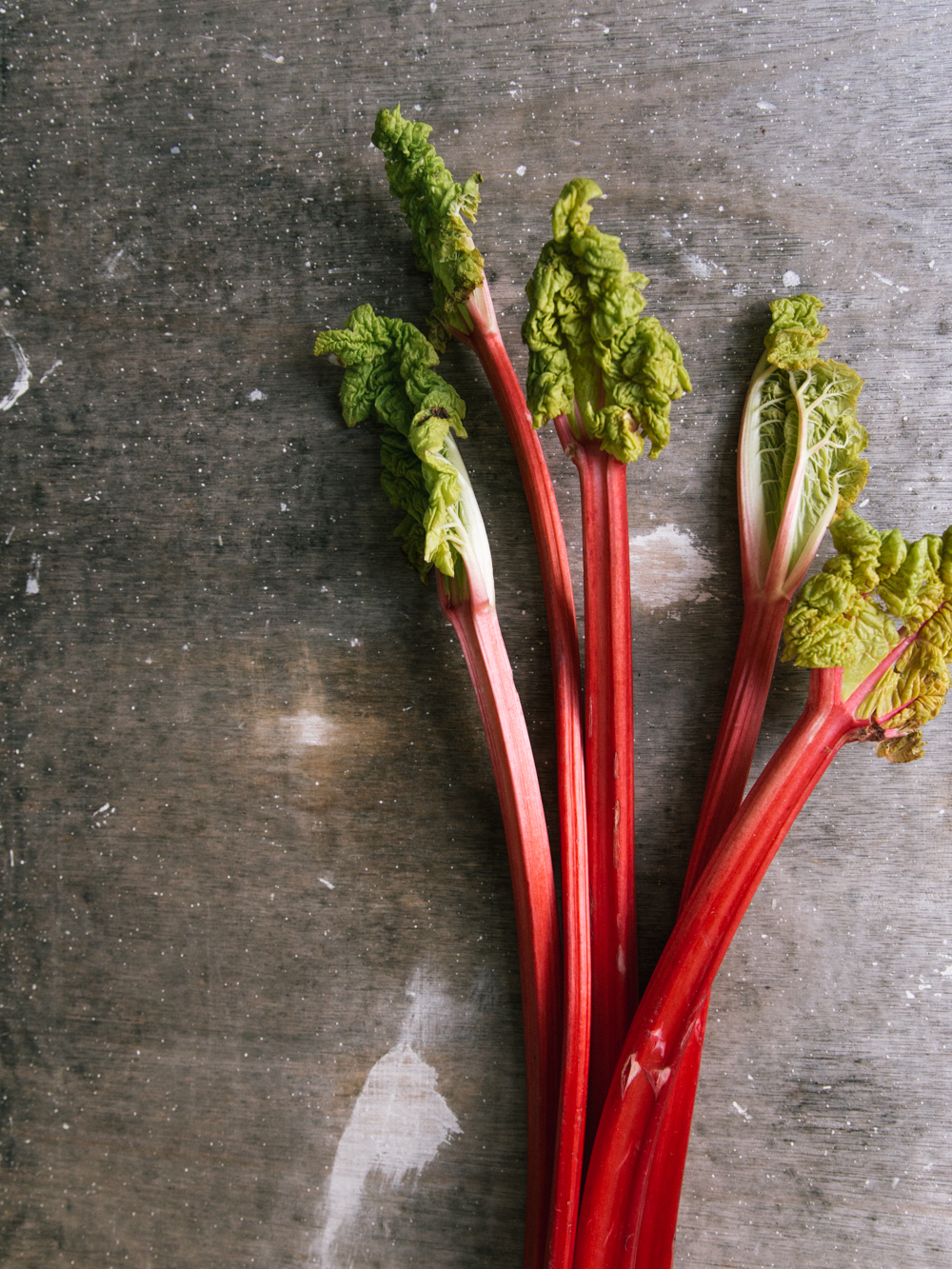 I’m sharing this over on These Four Walls with Abi, it’s our monthly seasonal recipe. Have a click through and see what she thought!

I’d love to hear your ways with rhubarb too? I’m thinking of branching out beyond breakfast options for the next time I pick some up and welcome any inspiration you might have. Hope you enjoy mine for now though! 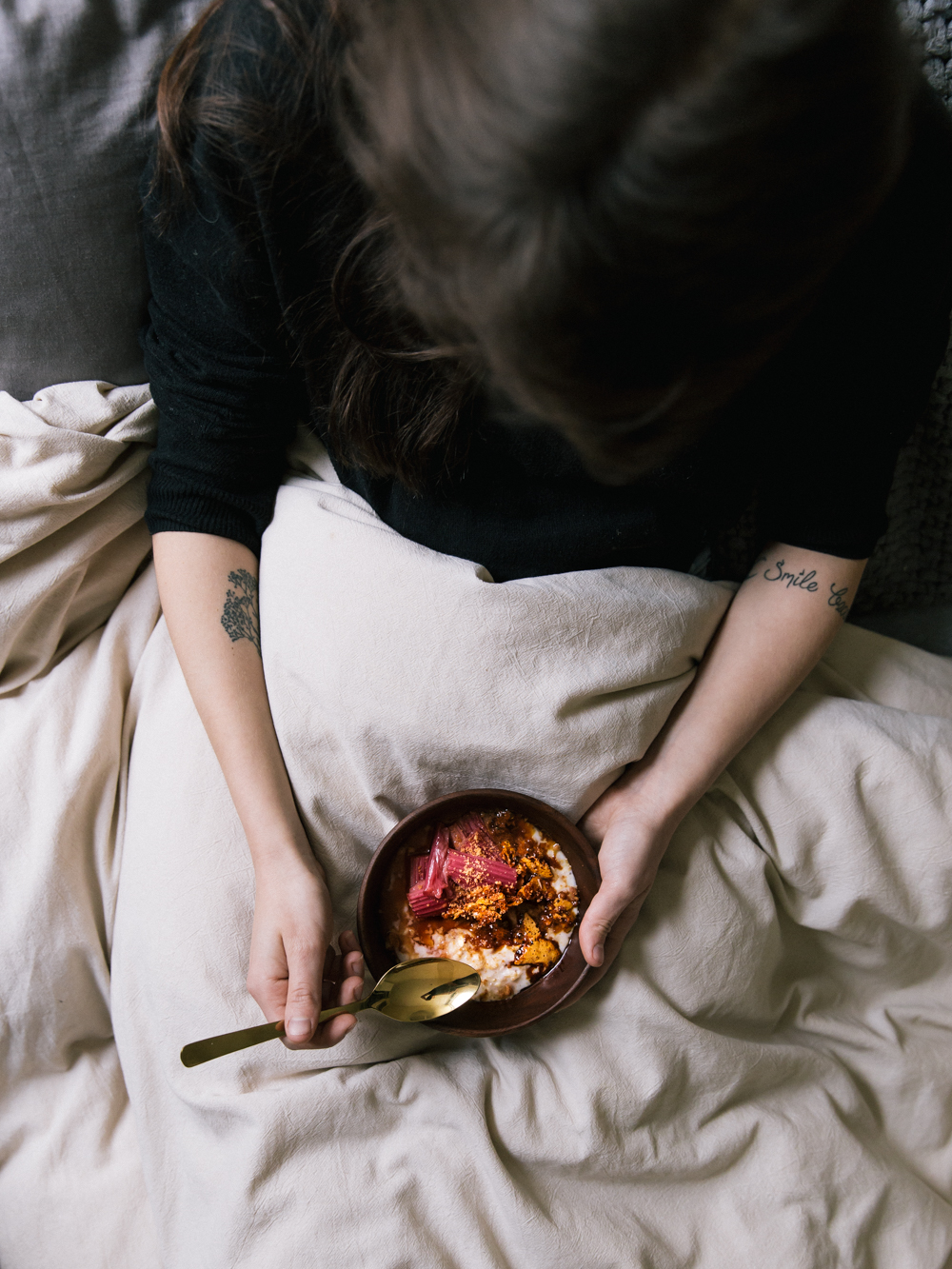 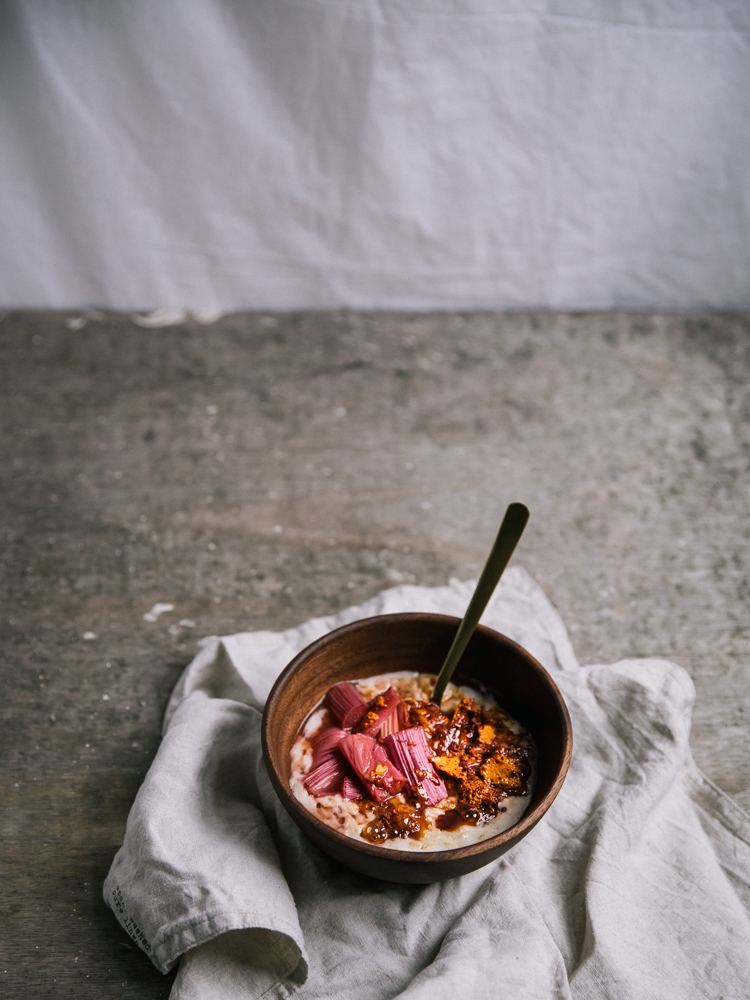 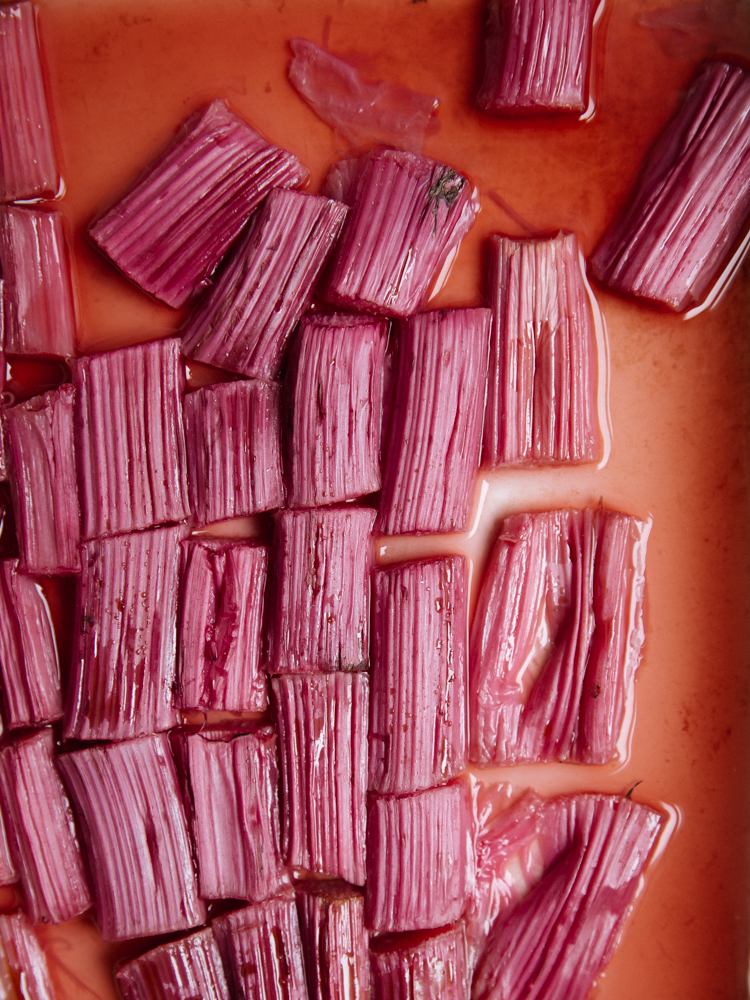 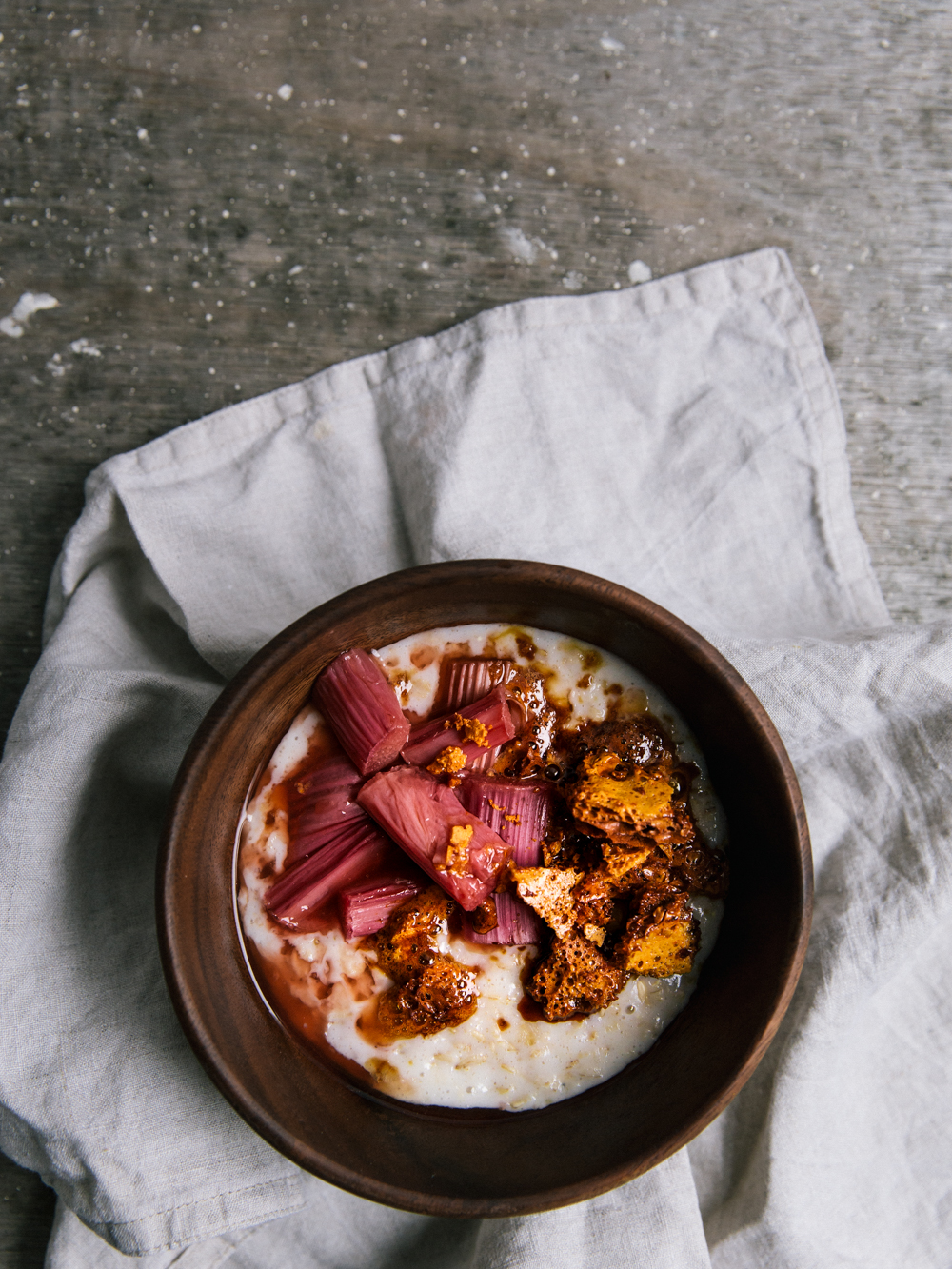 Notes on the recipe: the honeycomb will need a couple of hours to set, either make ahead for the morning or save this porridge for weekend indulgence.

Recipe for Rhubarb and Honeycomb Porridge